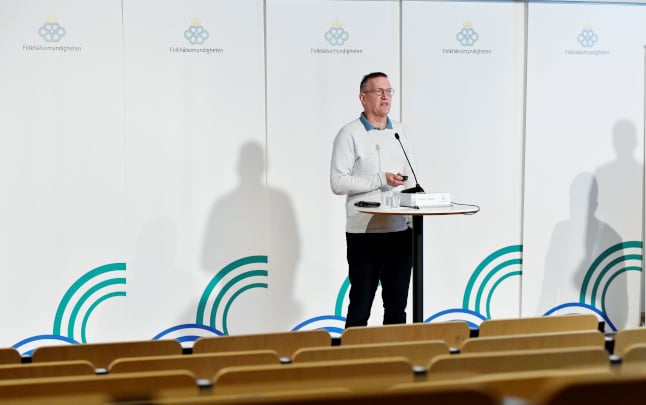 Northvolt and Volvo Cars will build their joint battery factory at Torslanda in Gothenburg, which is expected to create at least 3,000 new jobs in the city.

Construction is set to begin next year, according to a press release, and the factory will produce battery cells to be used in Volvo’s and Polestar’s next-generation electric cars. The 30-billion-kronor hub is expected to be ready to start production in 2025.

Medieval ship found off the west coast of Sweden

“The wreck is made from oaks cut between 1233 and 1240, so nearly 800 years ago,” Staffan von Arbin, a maritime archaeologist at the university, said in a statement.

The number of Covid-19 inpatients is on the increase in almost all regions in Sweden, writes the TT news agency – a total of 2,000 with confirmed Covid as of February 2nd.

But thanks to the high vaccination rate among older age groups, they are not as seriously ill as during previous waves of the pandemic. In for example the Skåne region, they now spend on average 5.7 days in hospital, down from 10.1 days a year ago.

It is not entirely clear how many of the patients are in hospital because they have Covid-19, or are in hospital due to other reasons. The data are treated differently in different regions, writes TT. But on January 22nd, 46 percent of patients with confirmed Covid-19 had it as their primary diagnosis, according to the Public Health Agency.

Sweden to lift nearly all Covid-19 restrictions next week

Swedish authorities announced yesterday that all restrictions will be removed on February 9th, and that those working from home should prepare to return to work.

“The pandemic is not over, but is entering a completely new phase,” said Andersson. “We are nearing the point for Sweden to open up again.”

The government said that the decision was based on a number of factors, partly that Omicron appears to be a milder variant, and partly that the percentage of the population who are fully vaccinated or have taken a booster dose continues to increase.

You can read more HERE about which measures will be removed next week, and we also asked the government in THIS article what will happen to the border restrictions. 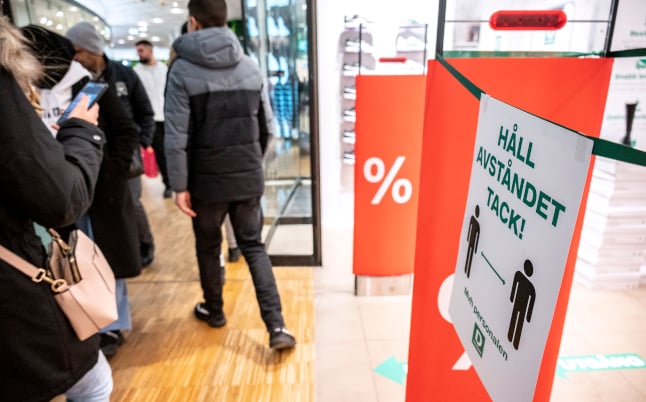 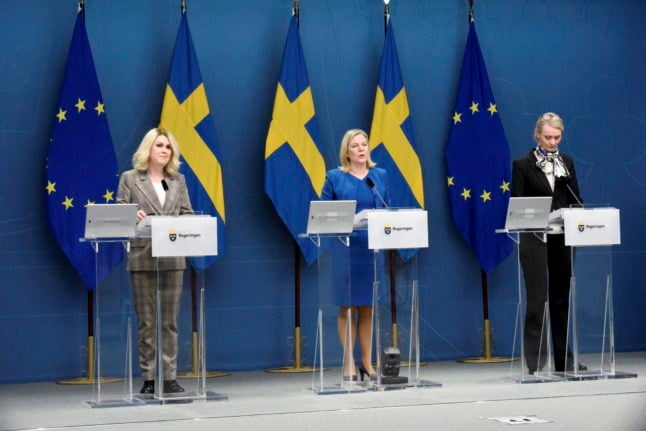 In Töreboda, Western Götland, repair work is still ongoing after a roof blown away in the storms pulled down an overhead line, leading to delays of between 15 to 20 minutes on the Gothenburg to Stockholm line, as well as delaying local train lines in the area.
One of the three tracks on the route has been open since Sunday night.
Swedish vocab: förseningar – delays
SHOW COMMENTS