Election cabins or 'valstugor' in Malmö on the day after the 2018 election. Photo: Johan Nilsson/TT

Law and order came in fourth place, perhaps unsurprisingly given the number of gang shootings and bomb attacks in Sweden’s major cities over the past decade.

The survey was answered by only 145 people and was self-selecting, so only gives an indication rather than a reliable, accurate picture of the opinions held by foreigners living in the country.

The chart below shows the order in which respondents ranked eleven issues presented in our survey, together with the ranking they gave each issue on average. 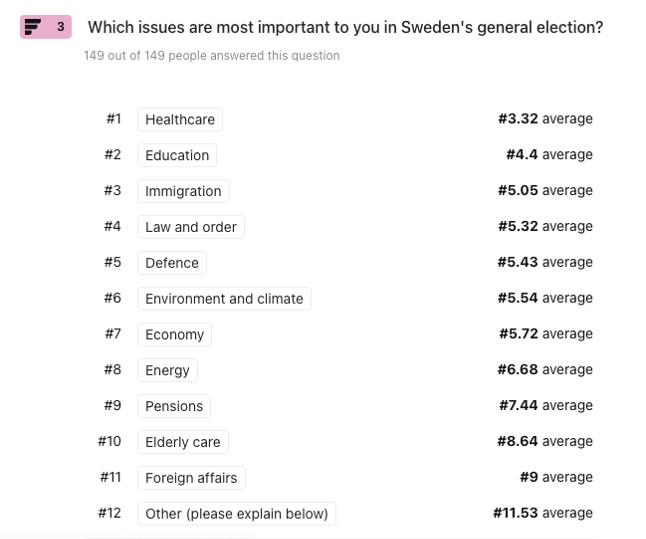 When it came to which political party respondents favoured, the Social Democrats came out far ahead with the support of 30.8 percent of foreigners eligible to vote in national elections, followed by the opposition Moderate Party with 14.1 percent, and the Sweden Democrats on 11.5 percent.

Perhaps unsurprisingly, more than a quarter (25.6 percent), said they did not know who they would vote for.

The chart below shows what percentage of respondents said they would vote for each party.

What did respondents say about healthcare in Sweden?

When it came to healthcare, a recurring complaint was the long waiting times to get appointments with GPs, specialists, or mental health specialists in Sweden, and the shortfalls in the health system revealed by the Covid-19 pandemic.

“It’s great that you can get sick leave, but not so great that you have to wait months to get the actual help that you need,” said one American who intended to vote for the Green Party. “I thought I was alone but apparently not . Many of my friends and colleagues feel the same way.”

“Healthcare is sliding. It needs to be fixed,” said Lori Leidig, an American living in Stockholm. “Sweden was once #2 in the world… put more resources back into the system!”

“Healthcare system is rather bad as compared to other EU countries,” said an Italian who wanted to be anonymous. “Access to [your] GPs should be easier and free, and more should be done on the prevention side.”

What did respondents say about education in Sweden?

There was a similar complaint of declining standards in education, with several respondents criticising Sweden’s system combining free school choice with publicly funded “free schools” run by the private sector.

“Education is in my opinion the base to build the present and the future of a country. And in Sweden there has been an alarming degradation of the level of the education,” said a Spanish engineer living in southern Sweden. “The fact that private corporations are allowed to make profit on tax payers money is insane.”

“Education is the source of Sweden’s prosperity, peace and tolerance towards immigrants,” argued Mark Smit, from The Netherlands.

“Education should always be a top priority for any nation, otherwise we will end up like the US, full of idiots,” said Goran, a systems engineer.

What did respondents say about immigration?

Respondents who saw immigration as the most important issue were, predictably, divided into those pushing for a more restrictive immigration system, and those favouring a more open one, although several wanted to see a system that was more welcoming to educated, skilled immigrants, and more restrictive to all the others.

“Sweden should prioritize bringing in educated immigrants as against illiterates from war-torn countries, as it has been proven that educated immigrants will contribute better and rely less on social security,” argued one respondent, an engineer from Nigeria who planned to vote for the anti-immigration Sweden Democrats. “By educated I mean professionals like medical doctors, engineers etc.”

“I support Sweden helping refugees, whether from Syria or Ukraine, but there must be proper border checks so that only refugees come into Sweden and not people from elsewhere who can create disruptions in Swedish society,” said a respondent from India.  “Take only as many as you can settle into homes and jobs, otherwise it isn’t particularly useful to them and leads to crime.”

When it came to immigration many criticised the many barriers which prevent foreigners in Sweden getting jobs worthy of their skills and knowledge.

“If sweden opens up the language barrier – more schools and university courses in English, without astronomical fees; I think the country has a lot of scope in attracting talent which may otherwise go elsewhere,” the Indian said.

“The same applies for jobs.  Many people are not in the job market because of the focus on a fairly high understanding of Swedish. Not everyone can be a linguistic genius, and I feel, too much emphasis on Swedish everywhere is counter productive.”

“There is a serious issue when it comes to job opportunities for foreigners in Sweden,” agreed Mohammed from Pakistan. “They are more happy to give you the jobs which they don’t want to do and keep a glass ceiling for foreigners to be hired for executives jobs, especially for the non-EU.”

Six respondents said the much higher hurdle for getting a work permit PhD students now face after they graduate was the most important issue for them.

“The changes in the Aliens Act have directly impacted my prospects for remaining in Sweden after completing PhD studies,” said one Brazilian doctoral student. “If these changes are not amended, I may start looking for employment opportunities elsewhere even though I wanted to stay here.”

“Some of my colleagues are being forced to move back to their home countries, which is ridiculous after spending five years adapting our lives here,” said a PhD student from Bosnia.

“Sweden pays these academics with their tax payers’ money, and these academics can become irreplaceable assets to the country,” one American PhD complained. “Sweden will just lose them to other countries when Sweden was the one who raised them and paid for their education.”

The environment is important, but the Green Party may not benefit

A large number of respondents highlighted the climate as an important issue in their comments, even though they might not have selected it as their top issue, but fewer said they would vote for the Green Party.

“The most important issue, and the one that will be ignored, is the climate,” said one British respondent.  “We are condemning ourselves and future generations to catastrophic changes to the climate and the short-termism of four-year parliaments mean that this issue will continue to be ignored, although it is fundamental to every other issue on the list.”

“Environment and the climate emergency are by far the most important problems,” agreed another respondent. “if these are not solved, all the rest will be futile in a short while.”

“It’s shameful that, in a country like Sweden which claims to be at the forefront on sustainability issues, the Green Party might not make it into parliament,” said one respondent from India,”especially when we know for a fact that global warming is continuous and an ever-growing threat.”

What attracted foreigners to the various political parties?

The Social Democrats’ new leader Magdalena Andersson was cited by several respondents as a reason to vote for the party.

“A strong leader like Magdalena Andersson can really steer the country towards a better future,” said Arnab, from India.

“[It’s the] social welfare system they have set up, and I believe they will look into the issue of immigration once they realize it dominoes into all the other issues,” said one American supporter.

One English respondent who described himself as “slightly right of centre”, said he was nonetheless planning to vote Social Democrat.

“It’s more a case of being uncomfortable with some of the policies and statements from the other parties,” he said. “I feel that parties that I might have voted for have moved further right.”

Those drawn to the Moderate Party appeared to be attracted mostly by their stance on crime and taxes, but also on a sense that they were a more pragmatic party.

“Most of their views are moderate rather than extremist,” said one supporter from Pakistan. “They are not terrified of calling spade a spade.”

“I felt interested in what Ulf Kristersson was representing, what he wanted to focus on with his party,” said a respondent from Poland. “I do like the idea of “providing more jobs” so that everyone has opportunity to work, not just providing people with social money.”

Which party do foreigners who are not eligible to vote support?

Foreigners who have not lived in Sweden long enough to become a citizen or who have never fulfilled the criteria, were much more likely to support the Left Party. 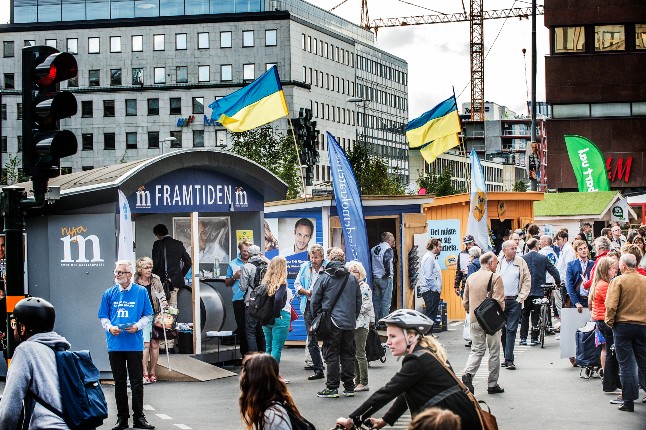 READER INSIGHTS
Tell us: What’s important to you in Sweden’s coming general election? 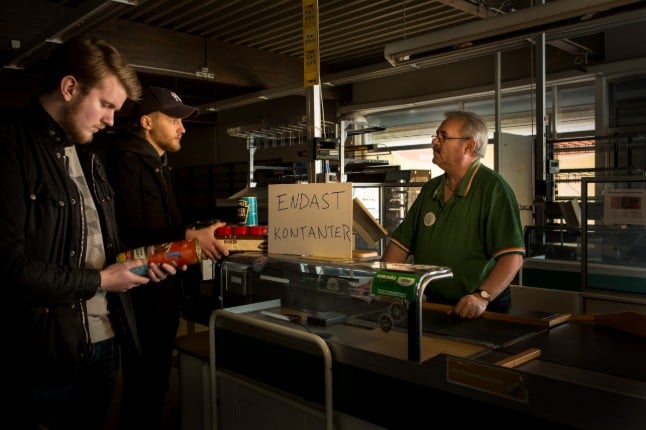 To let us know which issues are most important for you this election year, fill out the survey below. Note that you may need to scroll to see all alternative answers on some questions.

Please note that we may use your answer in a future article, but there’s an option to remain anonymous. 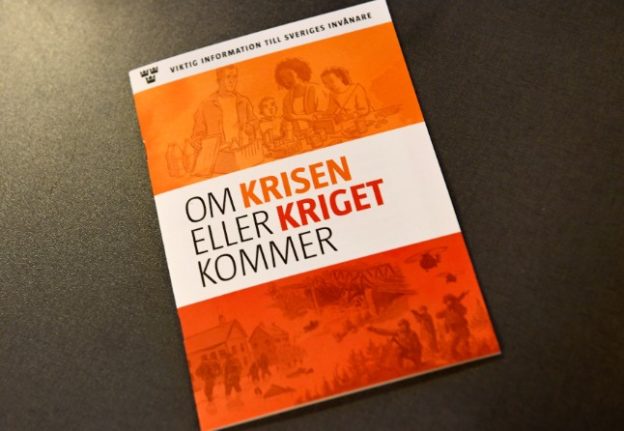