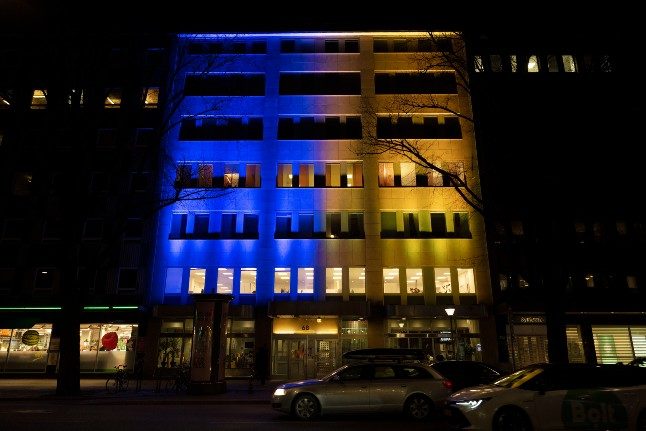 A meeting of the Social Democrats' leading committee will be held at the party's headquarters in Stockholm, which is pictured above with Ukrainian colours projected onto it. Photo: Henrik Montgomery/TT

The newspaper made the claim in a column by its political commentator, on the day that Prime Minister Magdalena Andersson is due to meet her Finnish counterpart Sanna Marin in Stockholm to discuss the publication of Finland’s new report on the security situation.

At the same time, the Aftonbladet newspaper reported that the Social Democrats have called a special meeting of the party’s ruling committee for May 24th, where it could decide to back Nato membership.

The meeting, the newspaper claims, will be the culmination of a six-week internal party dialogue punctuated by three national meetings on security politics, and a meeting in Stockholm on May 23rd of all 26 district chairs.

It is scheduled to last for five hours and will take place at the party headquarters in Stockholm.

“The issue has to be treated with the respect it demands. There are still a lot of people who have been formed around the position taken by Olof Palme,” said a source the newspaper claimed was “centrally placed” within the party.

“It remains to be seen whether a decision [on Nato] will be taken [at the meeeting], but it’s clear that a lot will be hanging on it,” a “centrally placed” source said.

Sweden’s non-aligned status, which saw it avoid joining international military alliances during the First World War, the Second World War, and the Cold War, has been a core part of Social Democrat politics. It arguably reached its high point under Prime Minister Olof Palme, who was a vocal critic of both US and Soviet foreign policy.

In the press release announcing the party dialogue, the party said that while members would be encouraged to make their say, the final decision would be up to the party’s ruling committee.

“If during the process a need emerges to change course in security policy, it will be up to the party’s board… to make such a decision,” the party said.

According to Aftonbladet, it has not yet been decided if the three planned national meetings will be held digitally or physically.

The source said that the reassessment of Sweden’s security situation currently being carried out by the ‘security policy analysis group’, could be completed ahead of its May 31st deadline, allowing its conclusions to inform any decisions taken at the May 24th meeting.

The Sweden Democrats on Monday called a similar special meeting of its party committee, in which it gave party leader Jimmie Åkesson a mandate to push for Nato membership.

This means there is now a majority within the Swedish parliament in favour of joining the security organisation.

However, the Social Democrats argue that a decision to join should require a 75 percent qualified majority, giving the party the power to block the parliament. 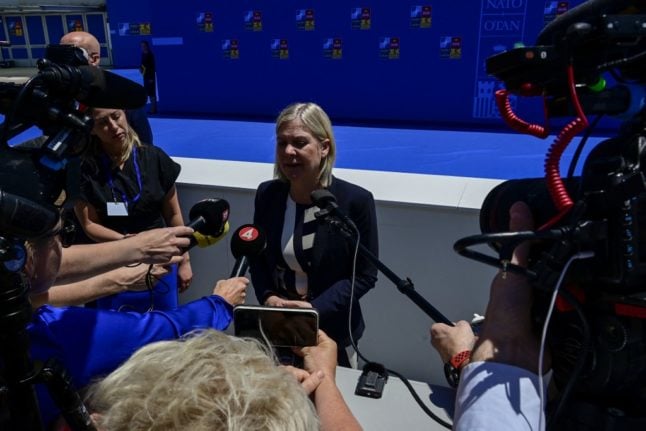 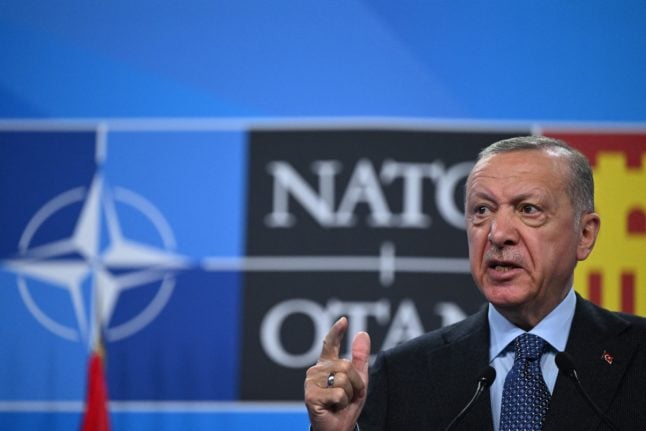 Sweden’s Prime Minister Magdalena Andersson refused Sunday to deny Turkey’s claim that it had promised to deport individuals sought by Ankara as part of Stockholm’s efforts to join NATO.

Despite questioning by journalists and concerns among Kurdish and Turkish refugees in Sweden, Andersson would not say whether such a commitment had been given to Ankara for it to lift objections to Sweden’s membership.

“I’ve been a minister for eight years and I never talked about what is said in the negotiation room,” she said. “(That) actually puts me in a bit of a difficult situation right now,” she added.

In an agreement signed by Stockholm and Helsinki at a NATO summit in Madrid on Tuesday, the two Nordic countries agreed to examine Turkish extradition requests “expeditiously and thoroughly”.

No promise has been given to actually carry out the extraditions, and Finland and Sweden have since recalled that the process is in the hands of the authorities and independent courts.

But Turkish President Erdogan on Thursday said at the end of the NATO summit that Sweden had made a “promise” to extradite “73 terrorists” and threatened to block NATO membership if the commitments were not met.

Andersson, who was pressed several times on Sunday to say whether such a promise had been given, simply repeated Stockholm’s position.

She said Sweden will continue to respect national and international laws, no Swedish nationals will be extradited, the decision will be up to independent authorities and courts.

“If you are not involved in terrorist activities, there is no need for concern,” she said.

The Swedish leader was holding her first press conference since returning from the summit, during a visit to the Baltic Sea island of Gotland.

Every July, it hosts a week of political meetings bringing together party leaders. But it is also one of the locations due to be reinforced by the Swedish army after the Russian invasion of Ukraine and Sweden’s decision to join NATO.