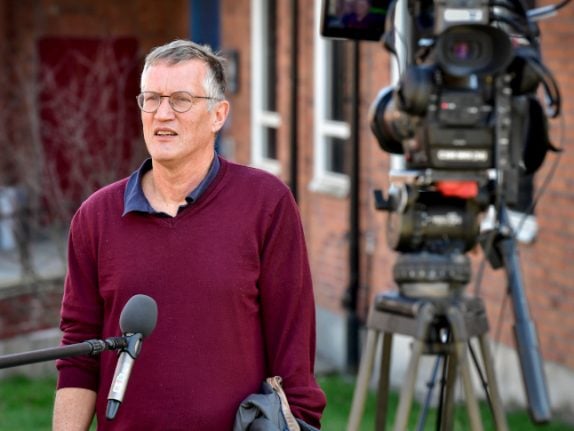 State epidemiologist Anders Tegnell became a pin-up for lockdown sceptics in the first year of the pandemic. Photo: TT

Tegnell, who became a hero for lockdown sceptics worldwide during the Covid-19 pandemic, announced in a press release from the Public Health Agency in March that he was stepping down from his post to take up a role working on international vaccination programmes with the World Health Organisation.

However, soon afterwards, spokespeople at the World Health Organisation said that no deal had been reached, and on April 20th, the PubIic Health Agency announced that Tegnell was returning to work on the agency’s international engagements.

“After a process at the World Health Organisation (WHO), it has transpired that an agreement has not been able to be reached,” the agency said. “Anders Tegnell is going to instead work on international engagements for the Public Health Agency.

The agency said that the decision to put Tegnell forward for a role as a senior expert at the World Health Organisation had come from the Swedish Government Offices.