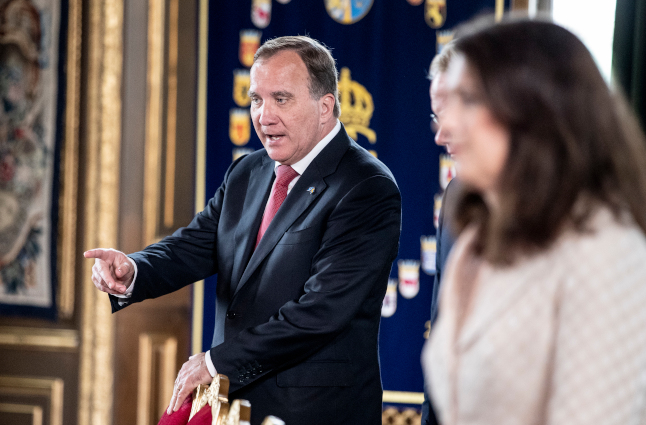 Justice Minister Morgan Johansson told Swedish news agency TT on Thursday that the government’s consultation document had been withdrawn because the joint proposal to scrap rent controls on certain newbuilds in Sweden would no longer be going ahead.

The proposal – which had been pushed through by the Social Democrat-Green coalition government’s partners in parliament, the Liberals and the Centre Party – sparked a row with the Left Party last month which eventually led to a no-confidence vote against Löfven.

After Löfven became the first prime minister in Swedish history to lose such a vote, the Centre Party dropped the demand in order to try to placate the Left Party and avoid the threat of a snap election.

Meanwhile, the Liberals acted on a previous pledge not to support Löfven past his term as prime minister, and abandoned their collaboration with the government, which eventually prompted the Centre Party to do the same.

Löfven himself was voted back in as prime minister on July 7th, just a couple of weeks later, after the conservative opposition failed to mount a viable challenge. But the breakdown of the deal with the Centre Party and Liberals means that the Social Democrats no longer have to introduce new rental laws which the party does not support, so they are now off the table – at least until the next general election in 2022.