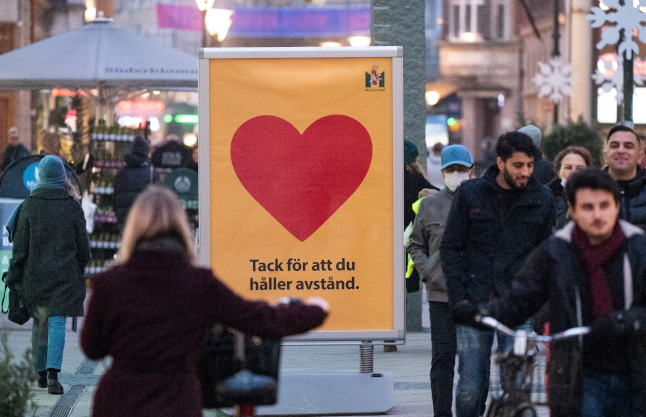 A sign in Malmö in November 2020, thanking people for keeping a distance. Photo: Johan Nilsson/TT

Sweden made global headlines for its decision to combat the spread of the virus with mostly non-coercive measures while the rest of Europe went into varying degrees of lockdown.

The approach, which health authorities and the government stressed was to ensure resilience in a long-term “marathon, not a sprint”, sparked controversy both at home and abroad, especially as the death toll went on to far exceed those in neighbouring Nordic countries.

The commission noted on Friday that Sweden differed from other countries but said an evaluation of its “choice of path” would be a question it would return to in its final report – scheduled for the end of February.

The preliminary findings instead focused on the country’s preparedness, healthcare services and infection control systems.

“We can already note, however, that the measures which Sweden introduced in spring 2020 seem to have come late,” the commission said.

“Sweden’s handling of the pandemic has been marked by a slowness of response,” it said, adding that “the initial disease prevention and control measures were insufficient to stop or even substantially limit the spread of the virus”.

It noted the country’s “non-pharmaceutical interventions, especially in the spring of 2020, consisted almost exclusively of general advice and recommendations from the Public Health Agency”, which people were expected to follow a voluntary basis.

But the commission also highlighted some mandatory measures introduced, such as a cap on people attending public gatherings in March 2020, and a ban on visits to nursing homes from April 1st, 2020.

It added that the country’s fragmented and decentralised infection control system, where healthcare is managed by regional authorities, made it unclear who was responsible when a serious contagion affected the whole country, and that Sweden’s pandemic preparedness was inadequate.

The commission also criticised the time it took for Sweden to build up adequate testing measures, noting that the “government’s target from April of 100,000 tests a week could not be met until the beginning of September 2020”.

While it said that neighbouring countries like Norway and Finland had fared better during the first and second waves of the pandemic, it said Sweden “appears as an average European country when it comes to the number of dead”. Sweden appeared to fare better in the third wave, it said.

However, the commission said that several of the problems with Sweden’s early response were also observed in other countries. 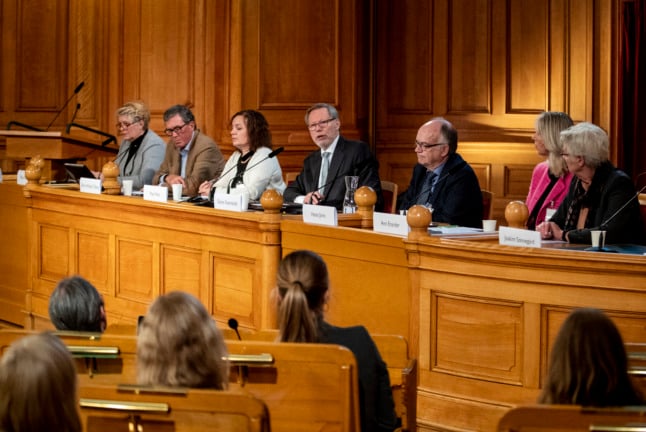 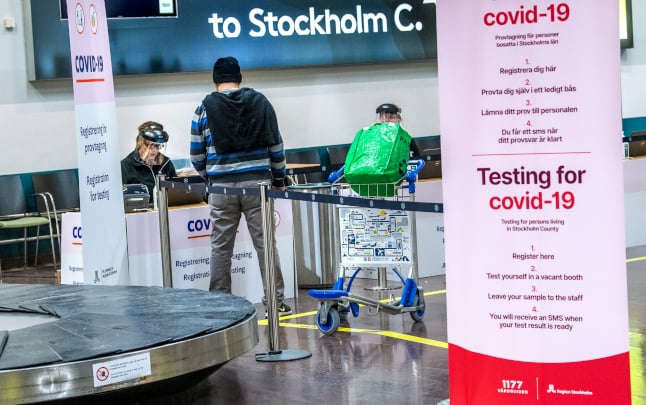 WHAT CHANGES IN SWEDEN
Travel ban and politics: What changes in Sweden in November?
Url copied to clipboard!